DISMANTLING
the
DOCTRINE of DISCOVERY
¡ 527 years of Resistance, Rebellion and Regeneration ! 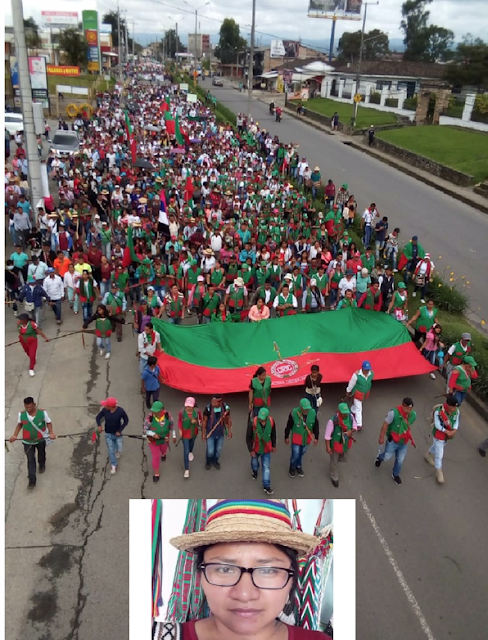 We denounce before the continental and international community the massacre of five adherents of the Regional Indigenous Council of Cauca CRIC that took place on October 29 in Resguardo de Tacueyo, Northern Cauca where the Nasa People along with the entire Toribina community, acting in protection of their territory as articulated in the Project Nasa Life Plan were assassinated while exercising their sovereign rights of territorial control, through their own systems of indigenous self-governance and with affirmation of the Indigenous Guard of the Nasa Nation.

The assassination of the Neehwe'sx Cristina Bautista, a Nasa traditional authority, and the Indigenous Guards Asdruval Cayapu, Eliodoro Inscué, José Gerardo Soto and James Wilfredo Soto by FARC dissidents is an obvious and clear incident in the long chain of attacks against the Original Nations of Indigenous Peoples of Cauca, which categorically presents a case of systematic genocide at the continental level.

The physical and cultural extermination against Indigenous Peoples in Colombia has the same common root with the colonization of our continent Abya Yala that began with the invasion of October 12, 1492 and the normalization of geopolitical systems of “official” violence and violence by “dissidents” who in the end all add to the total sum of victims of more than five centuries of colonization and genocide.  It is impossible to denounce the massacre in the Tacueyo Reserve on October 29 without also calling for the dismantling of the doctrines of discrimination, denial and impunity that motivate the perpetual assault against the life ways of our Original Nations of Indigenous Peoples of Abya Yala. It is fundamentally necessary to dismantle the Doctrine of Discovery of Christendom as the geopolitical basis of the systematic impunity (official/dissident) that has been normalized in violation of the territorial rights and human rights of the Indigenous Peoples in Colombia and the entire continent.

We stand in solidarity with the call made by the National Indigenous Organization of Colombia ONIC in response to the immediate situation calling for effective action by the government of Colombia to implement in good faith the now ratified Final Peace Agreement and the Ethnic Chapter.

We stand in continental solidarity and call on all the Original Nations of Indigenous Peoples of the Great Turtle Island Abya Yala to proclaim in CONTINENTAL GEOPOLITICAL RECOGNITION of affirmation in support of the Indigenous Authorities and Guards in their exercise of territorial control and autonomy framed in their Laws of Origin, the National Constitutional framework of Colombia, and relevant international treaties and conventions.

We support the deliberate actions in Colombia that prevent the extermination of our Indigenous Peoples and communities and at the same time we consider social mobilization as a legitimate defense mechanism, in order to defend the Life Plans of the Indigenous Peoples and the construction of a society in Colombia where the conditions of decency and respect for life prevail.

The tragic incident of Tacueyo Reserve on October 29 necessitates the call for continental Indigenous Guard of Abya Yala, with the criteria of the CRIC Indigenous Guard as an example, never forgetting the blood of our fallen brothers and sisters, relying on the strength of Mother Earth in our collective struggle of resistance, rebellion, and regeneration.
LIFE, AUTONOMY, RESPECT
NO TO MILITARIZATION! 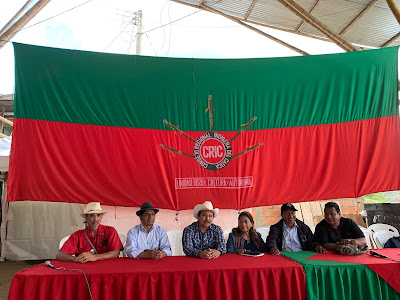 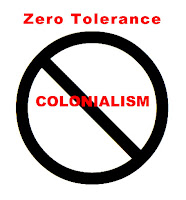 Self Determination of the
Original Nations of Indigenous Peoples Abya Yala!
It is not about what we want, it is what WE WILL! 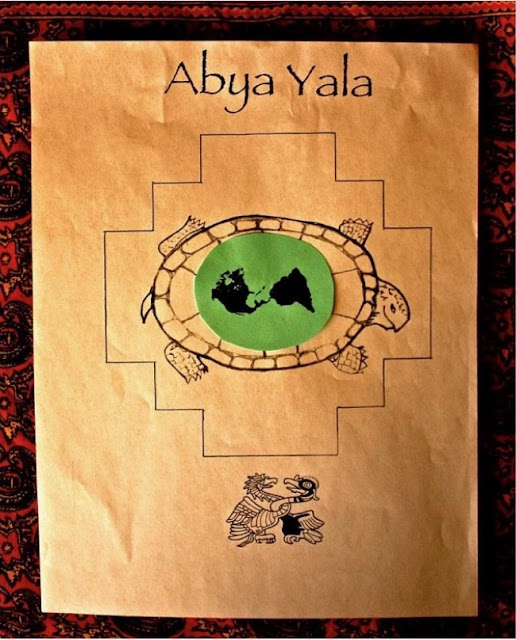 Posted by chantlaca at 6:57 PM