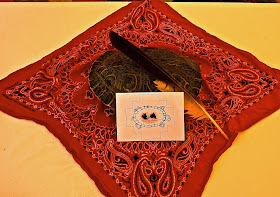 The First Continental Indigenous Summit before the great temples of stone at Teotihuacan was preceded by two Continental Indigenous Encounters first in Quito, Ecuador in 1990, and the second in 1993 in Temoaya, Mexico.  Since Teotihuacan 2000, there have been five continental summits of Indigenous Nations, Pueblos, and Organizations working together towards the decolonization of our territories of the Great Turtle Island Abya Yala, and in defense of the Pacha Mama, Mother Earth.  The second summit occurred in 2004 in Quito, [Ecuador]; the third in 2007 in Iximche, [Guatemala]; the fourth in 2009 in Puno, [Peru]; and in 2013 the fifth summit took place in the Cauca Territories [Colombia].  A sixth summit is projected to be hosted by the Indigenous Peoples of Honduras.

Some have said that the entire backbone of the Great Rocky Mountains that marches from North to South into Mexico is like the pipe stem of a Sacred Chanupa, and the stone temples of Teotihuacan are like the bowl of the pipe.  As the summits have advanced in the regeneration of our ancestral alliances as Nations and Pueblos of Indigenous Peoples, the original accord established in traditional ceremony of the Sacred Chanupa has continued to be carried forward under the principles of the Treaty of Teotihuacan 2000. 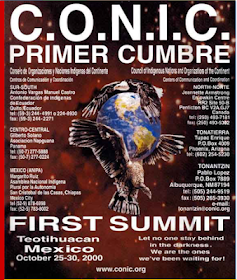 The TREATY OF TEOTIHUACAN is a mutual commitment among the Indigenous Nations, Pueblos and Organizations at the continental level, empowered by the Jurisprudence of Indigenous International Law in four aspects:

Today, once again in solidarity and commitment to these principles of integrity and continental indigenous self-determination, we extend our support for the efforts of the Dakota-Nakota-Lakota Nations to exercise their rightful responsibilities as caretakers of Mother Earth and the natural world in their Treaty Territories. We acknowledge and support the call by the Standing Rock Sioux Tribal Nation to lead the fight against the Dakota Access Pipeline, and offer the following statement in this regard:

Being that the issues in dispute involving the Dakota Access Pipeline are being contested within the ancestral homelands of the Oceti Sakuwin, referenced in the Treaty Stipulations of the 1851 and 1868 Fort Laramie Treaties with the US Government, should justice be the goal it becomes paramount and inescapable that these Treaty Issues must be first addressed in a competent legal venue of International Law.

Any domestic court of the US legal system, or any subdivision of the US government for that matter such as the EPA or the Army Corps of Engineers would simply not have purview over these international issues, as they lie completely within the realm of International Law, and therefore until the 1868 Fort Laramie Treaty is integrated into the global framework of International Law of Treaties and Agreements on a par as a legitimate International Instrument within the United Nations system, there will never be a chance for the just resolution of disputes among the parties to the Treaty as is now being made visible to the world in the standoff at Standing Rock.

Many of us still recall and will never forget, that this demand before the international community of member states of the UN system, namely that the Treaties among the Indigenous Nations of this continent and the government states of the settler societies be integrated into the existing systems of International Law, this was the principle reason why the Wounded Knee Chiefs traveled to the UN in '73.

And while the UN Declaration on the Rights of Indigenous Peoples (2007) affirms and acknowledges that Indigenous Peoples are "Equal, to all other peoples ..." with equal Right of Self Determination, the integration of our Treaties with the government states who presume to assert control over our homelands within the global framework of the international law has yet to occur. 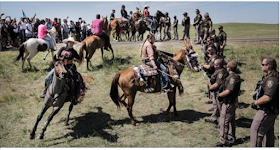 The United Nations Treaty Study conducted by Dr. Alfonso Martinez addressed this aspect of the systemic violation of the inherent right of Self Determination of Indigenous Peoples, wherein Dr. Martinez offered this set of recommendations in his official capacity as Special Rapporteur in his final report in 1999:

312.         While it is generally held that contentious issues arising from treaties or constructive arrangements involving indigenous peoples should be discussed in the domestic realm, the international dimension of the treaty problematique nevertheless warrants proper consideration.

313.         A crucial question relates to the desirability of an international adjudication mechanism to handle claims or complaints from indigenous peoples, in particular those arising from treaties and constructive arrangements with an international status.

314.         The Special Rapporteur is quite familiar with the reticence expressed time and again, by States towards the question of taking these issues back to open discussion and decision-making by international forums.  In fact, he might even agree with them that for certain issues (for example, disputes not related to treaty implementation and observance) it would be more productive to keep their review and decision exclusively within domestic jurisdiction until this is completely exhausted.

315.         However, he is of the opinion that one should not dismiss outright the notion of possible benefits to be reaped from the establishment of an international body (for example, the proposed permanent forum of indigenous peoples) that, under certain circumstances, might be empowered  - with the previous  blanket  acquiescence,  or acquiescence on an ad hoc basis,  of the State concerned  - to take charge of final decision in a dispute between the indigenous peoples living within the borders  of a modem  State and non-indigenous  institutions,  including State institutions.

The Treaty Study by Dr. Martinez was finalized in 1999, and has sat gathering dust in the UN labyrinth of official archives since then, and although there is now in place a UN Declaration on the Rights of Indigenous Peoples since 2007, the Chiefs of Wounded Knee did not go to the UN in New York in '73 to get a declaration, much less a System Wide Action Plan which is where the implementation of the UNDRIP is now being smashed into an International Global Reservation System of the UN member states, under the rubric of what amounts to a reduced status of International Dependent Nationhood, a la Marshall Trilogy.

It deserves noting, that while Dr. Martinez called for the establishment of a distinct international body back in 1999 to address treaty disputes between Nations of Indigenous Peoples of Mother Earth and the Government States of the UN system, that was nine years before the UN itself adopted the Declaration on the Rights of Indigenous Peoples (2007) which now has unequivocally proclaimed Indigenous Peoples as “Equal to all other peoples…”

As Peoples, equal to all other peoples, our treaties are also equal to all other treaties and thus our traditional systems of International Law, from Jurisgenesis to Jurisprudence, from Jurisdiction to Judgement, must also be integrated without prejudice into the design, implementation, and evaluation systems of contemporary international law.  This principle of Equality as Peoples which was not in place as official criteria for evaluation during the Treaty Study by Dr. Martinez, now mandates that the UN treaty study itself be updated and revised appropriately.

For example, in the case of the Dakota Access Pipeline, the public narrative has emphasized that because the project does not cross the Medicine Line (aka the US-Canada International Border), there is no need for review under relevant procedures by the US state department and the executive office of the president.  This narrative is flawed, in that the violations of International Law on the Traditional Territories of the Oceti Sakuwin as referenced in the 1868 Ft. Laramie Treaty which the Dakota Access pipeline is the latest example of criminal conspiracy and US government collusion are prima facia evidence for a hearing before a competent international forum as Dr. Martinez recommended in 1999.  The borders of the Treaty Territories have been violated, once again.

Yet today, what is at stake in the fight to stop the Dakota Access Pipeline from breaching the Missouri River, is much more than one more Treaty Violation.  The standoff at Standing Rock is a flashpoint in fight for the future generations led by the Nations of Indigenous Peoples and their allies as the defenders of the Territorial Integrity of Mother Earth. 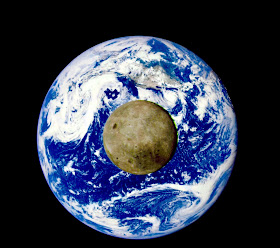 Before the Wounded Knee chiefs went to the UN in ’73, representatives of the Traditional Hopi Nation had also attempted to communicate a message of warning to the world community via the UN on behalf of the Future Generations.  The warning is now a present reality.  The horizon of Climate Chaos exacerbated by carbon emissions of industrialized society is upon us with every season, where there is no normal in the weather patterns any longer, and the arctic ice sheets accelerate their demise in the north.

In this fight to revere, uphold, and defend the ability of Earth to be the Mother to the Future Generations, the Right of Mother Earth to continue being our mother, we stand in solidarity and commitment with the Oceti Sakuwin and the Standing Rock Sioux Tribe, demanding an immediate halt to all construction of the Dakota Access Pipeline.

Further we assert that these clarifications command rectification of the crime of colonialism and a moratorium on all North American Free Trade Agreement NAFTA economic development projects [Canada-USA-Mexico] impacting the territories of the Nations and Pueblos of Indigenous Peoples until the right of Free, Prior and Informed Consent of the Indigenous Peoples is fully recognized, respected, and protected in the spirit of the UN Declaration on the Rights of Indigenous Peoples, as follows:


“Affirming that Indigenous Peoples are equal to all other peoples...”

Links:
Framework of Dominance
UN Preliminary Study on the Doctrine of Discovery 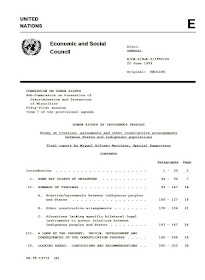 The Law of Exceptions:
NAFTA and the UN Declaration on the Rights of Indigenous Peoples 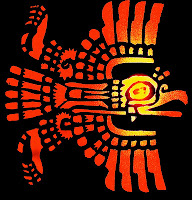