"Trump Wall" and the USMCA: Violation of the Rights of Indigenous Peoples 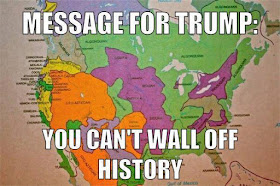 DOWNLOAD PDF
The proclamation of a National Emergency at the US-Mexico border by President D.Trump effectively and procedurally blocks the approval of the US Mexico Canada Agreement (USMCA) by the US Congress, as prima facia evidence of violation of the Rights of Indigenous Peoples articulated in USMCA Article 32.5:  Indigenous Peoples Rights Section A – Exceptions.

The proclamation of a National Emergency at the US-Mexico border by President D.Trump in order to build “Trump Wall” is a violation of the Right of Free, Prior, and Informed Consent  which is a required criteria for projects that impact the territories and human rights of Indigenous Peoples under the United Nations Declaration of the Rights of Indigenous Peoples (2007).

The proclamation of a National Emergency at the US-Mexico border by President D.Trump in order to build “Trump Wall” is a violation of the US-Mexico Treaty of Guadalupe Hidalgo (1848) which established the initial border between the two countries after the US waged war on Mexico in pursuit of continental territorial domination under the racist ideology of Manifest Destiny. The “Trump Wall” is the contemporary articulation of Manifest Destiny, a policy of international aggression and executive action in violation of the Peace established by the Treaty of Guadalupe Hidalgo between the two countries. The international border established by the Treaty of Guadalupe Hidalgo (1848) was modified in order to facilitate US corporate economic interests by the Gadsden Purchase (1853) and migrated south to its present location bisecting the northern territories of the Continent Abya Yala [Americas]. 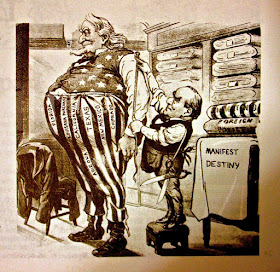 Just as was the case of NAFTA in 1994, the state parties to the Treaty of Guadalupe Hidalgo (1848) and the Gadsden Purchase of 1853 did not consult nor consider, did not recognize nor respect the territorial and human rights of the Original Nations of Indigenous Peoples in the treaty territories.

D.Trump branded the USMCA as a new “modernized” NAFTA. In the historical context of the 1848 Treaty of Guadalupe Hidalgo, the 1994 North American Free Trade Agreement (NAFTA), and now the 2019 USMCA, no evaluation on the economic impact of the USMCA which is required of the US Congress before any “Fast Track” approval, can legitimately avoid addressing the “modern” context of the 2007 United Nations Declaration on the Rights of Indigenous Peoples.

The principle of non-discrimination is a preemptive norm in international law.  Therefore, the recognition of Indigenous Peoples as “peoples’ in USMCA Article 32.5 Indigenous Peoples Rights must be taken as an affirmation and commitment to recognize, respect, uphold and institute guarantees of protection for the collective rights of Indigenous Peoples, equal to all other peoples, without illegal or arbitrary discrimination, including effective consequences in the form of legal remedies to address the violation of these rights.

Consultation is not the same as consent.
*******************
From the text of USMCA 2018:
Subject to Legal Review for Accuracy, Clarity, and Consistency
Subject to Language Authentication
32-1
CHAPTER 32 EXCEPTIONS AND GENERAL PROVISIONS
Section A – Exceptions
Article 32.5:  Indigenous Peoples Rights

Provided that such measures are not used as a means of arbitrary or unjustified discrimination against persons of the other Parties or as a disguised restriction on trade in goods, services, and investment, nothing in this Agreement shall preclude a Party from adopting or maintaining a measure it deems necessary to fulfill its legal obligations to indigenous peoples.

Of the three countries engaged in the USMCA, Canada was the only government that provided reference of context for this operative Article of the USMCA.  This implies that the Canadian interpretation of standards regarding Indigenous Peoples Rights across the USMCA market zone will prevail.

The reference of context was given in a footnote that reads:


“For greater certainty, for Canada the legal obligations include those recognized and affirmed by section 35 of the Constitution Act, 1982 or those set out in self-government agreements between a central or regional level of government and indigenous peoples”. 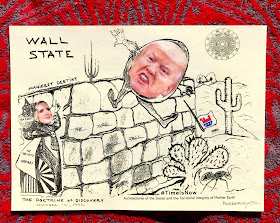 Whether it is Canada’s claim of succession to territorial jurisdiction via the Doctrine of Discovery (1492) and the Papal Bulls Inter Caetera (1493) under the terms of the Royal Proclamation of 1763, or the US claim under the SCOTUS Johnson v. M’Intosh decision of 1823, or the claim by the Republic of Mexico under the Constitution of 1917 to “original property of the state”: All three federal superstructures of both common law and civil law lineage and precedent share in illegal collusion and complicity the normalization of the racist tenets of the Doctrine of Discovery of Christendom.

In spite of UN General Assembly resolution 1514 (1960) which proclaimed colonization as an illegal violation of International Law, this colonial geopolitical infrastructure of the states of North America under which the original NAFTA was implemented continues as norm, policy and law even now under the mechanisms of “modernization” per USMCA 2018.  It is a legaloid system. 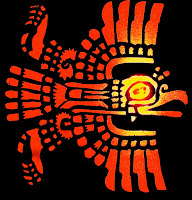